Life After NYSC: Accessing Scholarships, Grants and Other Opportunities

Finally, The National Youth Service Corps (NYSC) Scheme passing out program for 2017 Batch A stream 2 has been confirmed from a reliable source to take place on Thursday, 21st June, 2018.

The National Youth Service Corps (NYSC) informs all prospective corps members that they can now correct wrong date of birth and course of study online.

University of Maiduguri NYSC Pre-Mobilization list for Batch ‘B’ 2018

The management of the University of Maiduguri (UNIMAID) has released the names of graduates uploaded on the National Youth Service Corps (NYSC) portal for 2018 Batch ‘B’ NYSC programme.
NYSC Members to Get Health Insurance in 2018 Budget

This will be implemented from the one percent of consolidated revenue fund to be dedicated to health, as stipulated by the National Health Act.

Corper Slumps and Dies in Lagos 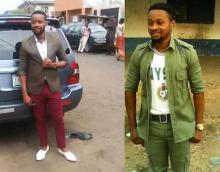 Samuel Onu, a graduate of Abia State University, currently serving in Lagos State,  slumped and died a day after he complained of having headache.

According to report, he was healthy as at the time he left for work. The of his death is still unknown.

Onu was a graduate of Abia State University. However, some of his friends have taken to their social media handles to mourn him. One of his friends disclosed that on Tuesday night, May 15, late Onu complained of having headache but gave up the ghost when he was rushed to the hospital.

How to Avoid NYSC Registration Mistakes That are Hard-To-Rectify

In the course of registering for the compulsory National Youth Service Corps (NYSC) scheme, there are mistakes to avoid which has serious consequences.

Below are the mistakes prospective corps members should avoid in the course of NYSC registration for mobilization:

1. Registration by proxy: affected PCM can not register at camp because the biometrics is not his/hers.

The Students’ Affairs Division of the University of Lagos (UNIALAG) has released the list of graduates/prospective corps members (PCM) for the 2018 National Youth Service Corps (NYSC) Batch ‘B’ Mobilization Exercise.

UNILAG prospective corps members can now verify their personal data and send complaints (if any).

All graduates/prospective corps members (PCM) are advised to confirm their inclusion and details from the link below:

donnarik May 14, 2018
Jigawa State Government on Wednesday said it has earmarked N270 million for the construction of NYSC lodges across the 27 local government areas of the state.
The state Governor, Alhaji Muhammad Badaru, disclosed this at the passing out parade of the Batch A 2018 youth corps members in Dutse.
Badaru, who was represented by the state’s Head of Service (HOS) Alhaji Muhammad Tahir, explained that it would cost the government N10 million to build a lodge for NYSC members in each of the 27 local government areas.
<
Gombe State Governor urges NYSC members to accept postings in good faith

donnarik May 14, 2018
The Governor of Gombe State, Governor Ibrahim Hassan Dankwambo, has appealed to National Youth Service Corps (NYSC) members posted to different parts of the state for their primary assignments to accept the postings in good faith.
He promised that the state government has put in place a reward system to honour deserving corps members who excelled at the end of the service year.
Dankwambo spoke through his Deputy, Charles Iliya, during the official closing ceremony of the 2018 Batch ‘A’ orientation course for corps members deplo

About 1,596 corps members of the 2,126 posted to Adamawa state under the 2018 batch “A” for the National Youths Service Corps (NYSC) scheme have rejected their postings to the state.
Mallam Abubakar Mohammed, the coordinator of NYSC in the state, made the disclosure in an interview with the News Agency of Nigeria (NAN) in Yola on Wednesday, May 9.
The coordinator said that those that rejected their postings had sought redeployment to other states based on insecurity, marriage and health grounds.
M

The FCT Board of the National Youth Service Corps (NYSC) has stopped the sale of alcoholic beverages to corps members in the camp during orientation.
Mr Oladimeji Hassan, the Chairman of the board,  made this known in an interview with newsmen at the Closing Ceremony of the 2018 Batch ‘A’ Orientation Course in Abuja on Tuesday, 7th May, 2018.
Hassan said that the decision to stop the sale of alcohol during the mandatory three weeks orientation camp in the FCT was to enable corps members perform optimally.
&nbsp

Akwa Ibom Government has assured the National Youth Service Corps (NYSC) of improved orientation camp with effect from next orientation course in July.
Gov.
Corpers take over medical services at Asaba FMC Due to JOHESU Strike

donnarik May 11, 2018
Members of the Joint Health Sector Union (JOHESU), Federal Medical Centre (FMC), Asaba, on Thursday raised concerns that hospital management has resorted to using inexperienced laboratory and pharmacy trainees, interns and NYSC members to provide medical services to patients.
Health workers under the aegis of JOHESU have been on strike for over two weeks, leading to the withdrawal of services by medical professionals.
Raising the alarm in Asaba, JOHESU members warned of the potential for deaths in the hospita
Minister hints at mandatory extra year of studies for graduates

donnarik May 11, 2018
Anthony Anwukah, minister of state for education, has hinted that the federal government may be considering a mandatory extra year of studies for Nigerian students before entering the labour market.
He made this known at a two-day retreat for governing councils of federal universities in Abuja on Tuesday, 7th May,2018.
The proposition came on the basis that higher institutions are not producing graduates qualified enough to be employed.
Themed ‘Elements of Statutory Governance, Procurement and Fin
NYSC Increases Transport Allowance from N1,500 to N1,800

A corps member who was serving in Bayelsa state has been reported dead after falling into a river while trying to take selfie.

The man who is yet to be identified  was taking a selfie when he met his untimely death. The incident took place at Ogbolomaibiri, Nembe on Friday, May 4.

The late corps member was capturing his beautiful moment at the top of a jetty when he reportedly slipped and fell inside the river. His corpse was recovered about 30 minutes later.

NYSC Comments on Rainstorm that injured Corps members in Taraba

The management of the National Youth Service Corps,(NYSC), Taraba State, has reacted to the heavy rainfall that caused a major disaster and injured some Corps members at the orientation camp. The occurrence was described by the management as a natural disaster.

This followed protest by corps members about the disaster, which led to the injury of an undisclosed number of corps members.

The NYSC spokesperson, Mrs Adenike Adeyemi, in reacting to the report said that the rainstorm blew off some of the camp’s roof, injuring corps members in the process.

The Director-General of the National Youth Sevice Corps, Brigadier General Zakari Kazaure, while assuring Corps Members posted to serve in Taraba State of adequate security has warned then against evangelism.

He insisted that the concern of the corps members should be to serve and not to go and indoctrinate the host communities.

Kazaure said these on Wednesday in Jalingo when he visited Corps members currently undergoing orientation course at the NYSC camp, Sibre, near Jalingo.

A serving member of the National Youth Service Corps in Enugu state reportedly ran mad in New Haven on Sunday, April 29. It is unknown if the unidentified corps member was abusing drugs or has a history of mental illness. 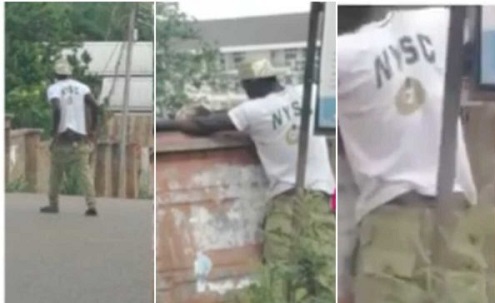 As thousands of the 2017 batch ‘A’ corps members across the country wound up the one year mandatory service to the country, five died during the service year.

Coordinator of the scheme in Kaduna state, Dahunsi Mohammed, announced the deaths, at the Passing out Parade (PoP), yesterday.

The PoP is the last of the four cardinal points of the NYSC; orientation course, place of primary assignment, community development service (CDS) and the PoP.

NYSC 2018 Batch ‘A’ Senate Approved List of All Institutions

The National Youth Service Corps (NYSC) has released the senate approved mobilization list list of the various institutions for the 2018 Batch A. The Verification portal is now active.

All prospective corps members (2018 Batch ‘A’) can now check the Senate / Academic Board approved mobilization list of their various institutions on the National Youth Service Corps (NYSC) portal for free.

For all PCMs deployed to serve in NYSC 2017 Batch B, here are chat groups on WhatsApp and Telegram for discussion among yourselves. Join NYSC group