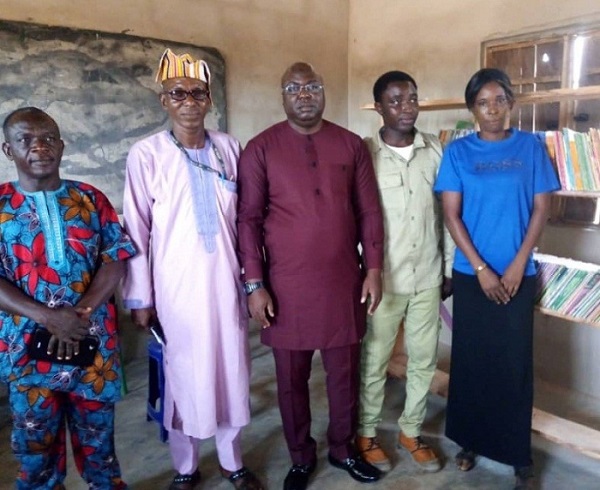 Mr Seun Albert Oyelude, a graduate of University of Ibadan and serving Corps Member at Kogi LGA of Kogi State has established a library facility for primary school pupils in the local government where he was serving.

The library which is domiciled at Ultimate Academy, Ahoko, is equipped with 700 primary school textbooks making it the largest primary library in the LGA and one of the largest in the State.

Oyelude told journalists during the commissioning that the inadequate access to study materials and a desire to remedy that were the motivating factors behind his decision to embark on the project. He added that he was a product of well-equipped libraries in all the institutions of learning he had passed through in his academic journey.

In his address, Hon Awwal commended the efforts of Corper Seun, identifying him as an uncommon Corps Member who have the best interest of the community at heart and wished that people like Corper Seun are celeberated for their good works. He further urged residents of Kogi Local Government to maximize the rare opportunity.

He added that they were proud of Corper Seun who through selflessness and determination had accomplished a great feat towards the development of his host community.

Mrs Ali Regina, Proprietress of Ultimate Academy, Ahoko alongside other dignitaries also expressed deep gratitude to the corps Member for the laudable accomplishment for the school and community at large.