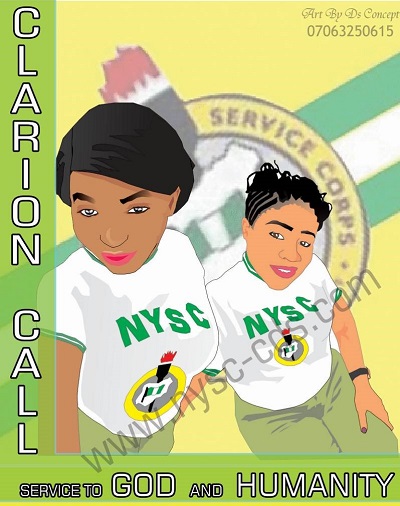 Jigawa State Government on Wednesday said it has earmarked N270 million for the construction of NYSC lodges across the 27 local government areas of the state.
The state Governor, Alhaji Muhammad Badaru, disclosed this at the passing out parade of the Batch A 2018 youth corps members in Dutse.
Badaru, who was represented by the state’s Head of Service (HOS) Alhaji Muhammad Tahir, explained that it would cost the government N10 million to build a lodge for NYSC members in each of the 27 local government areas.
He said the state government noted with appreciation the contributions of youth corps members in the state and that was why it set aside the fund to build lodges for them in local government areas.
The governor urged corps members to participate actively in the development of agriculture, health-care and education to move the state forward.
While congratulating the state’s NYSC Coordinator, Alhaji Ibrahim Muhammad, staff and stakeholders for handling the corps members professionally in the past three weeks for the orientation, he warned employers both in public and private sector to desist from rejecting corps members posted to them.
Alhaji Bala Ibrahim, the Chairman, NYSC Governing Council in Jigawa, said corps members posted to the state exhibited high spirit, discipline and patriotism during the three weeks orientation in camp.
Ibrahim said the council would do everything possible to improve wellbeing of corps members in the state.
The state’s NYSC coordinator earlier said that majority of corps members were posted to rural areas to bring the required development to the grassroots.
He thanked stakeholders for supporting the scheme during the three weeks orientation and the passing out parade.