David Terry Aduka is a graduate of Political Science from the University of Jos and served in Gombe state with the State code Gm/18C/0206.

The following projects were carried out by him:

This project was commissioned on Monday 29th July 2019 in G.D.S.S Akko. Attended by the Principal, staff and Students of G.D.S.S Akko as Beneficiaries, The L.G.I NYSC Akko Local Government and 4 Corps members.

This sensitization was organized not only to give direction to students but also to remind Teachers and Educationists of one of their important responsibility.
200 Students benefitted from this project. 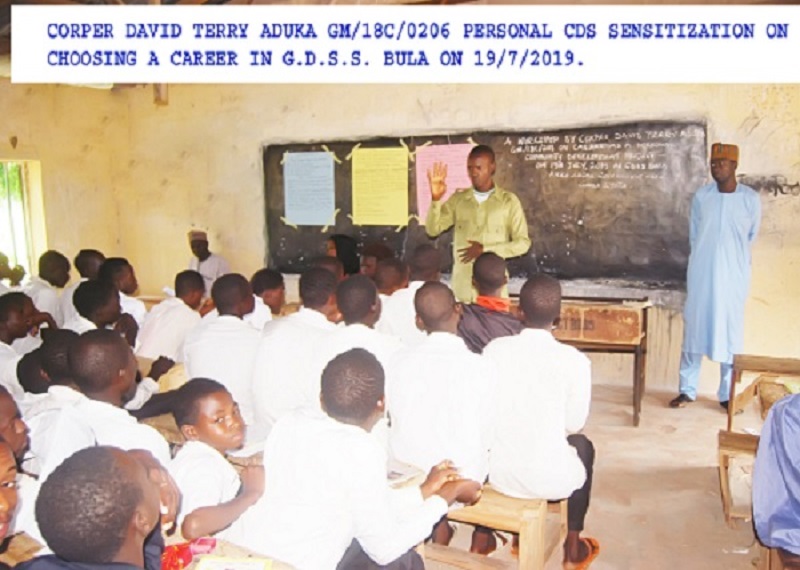 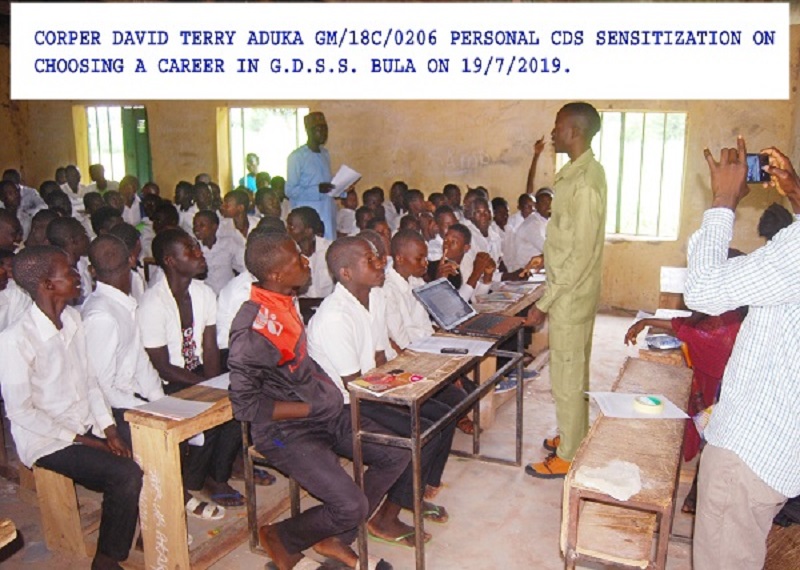 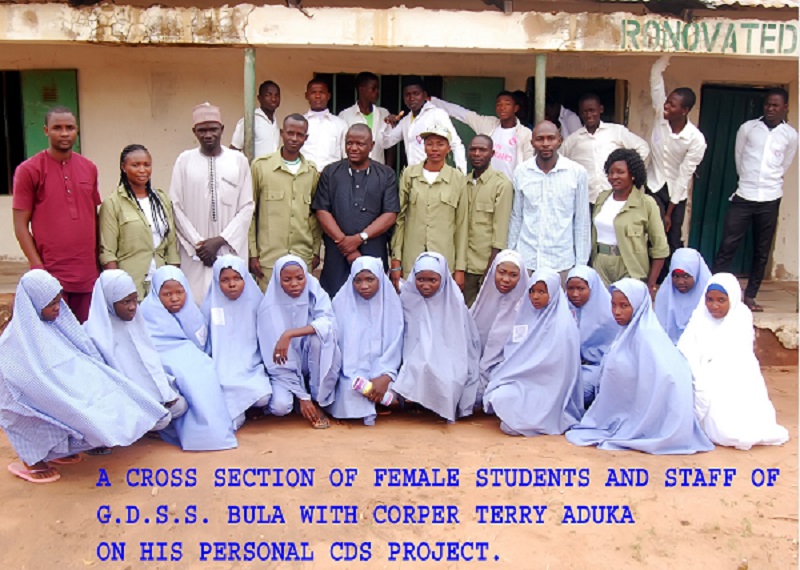 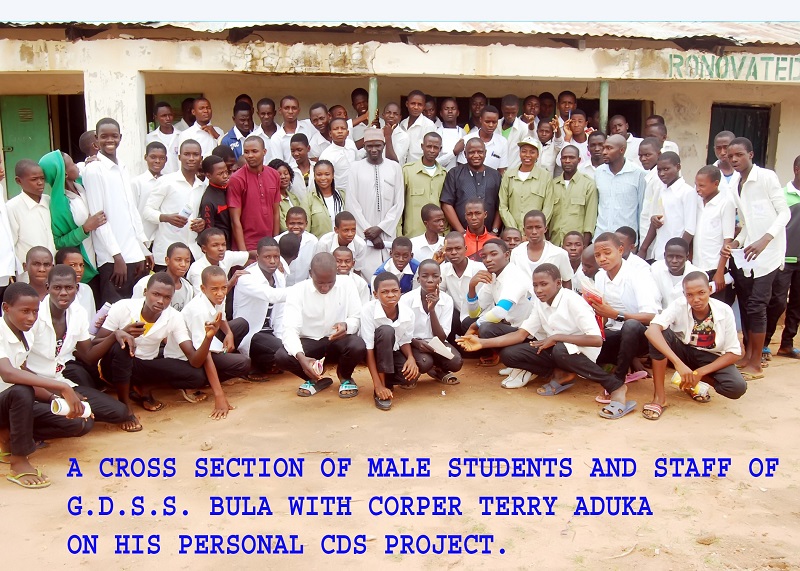 This project was Commissioned on Monday 29th July 2019 in G.D.S.S Akko. The Principal, staff and Students of G.D.S.S Akko as Beneficiaries, The L.G.I NYSC Akko Local Government and 4 Corps members were in attendance. 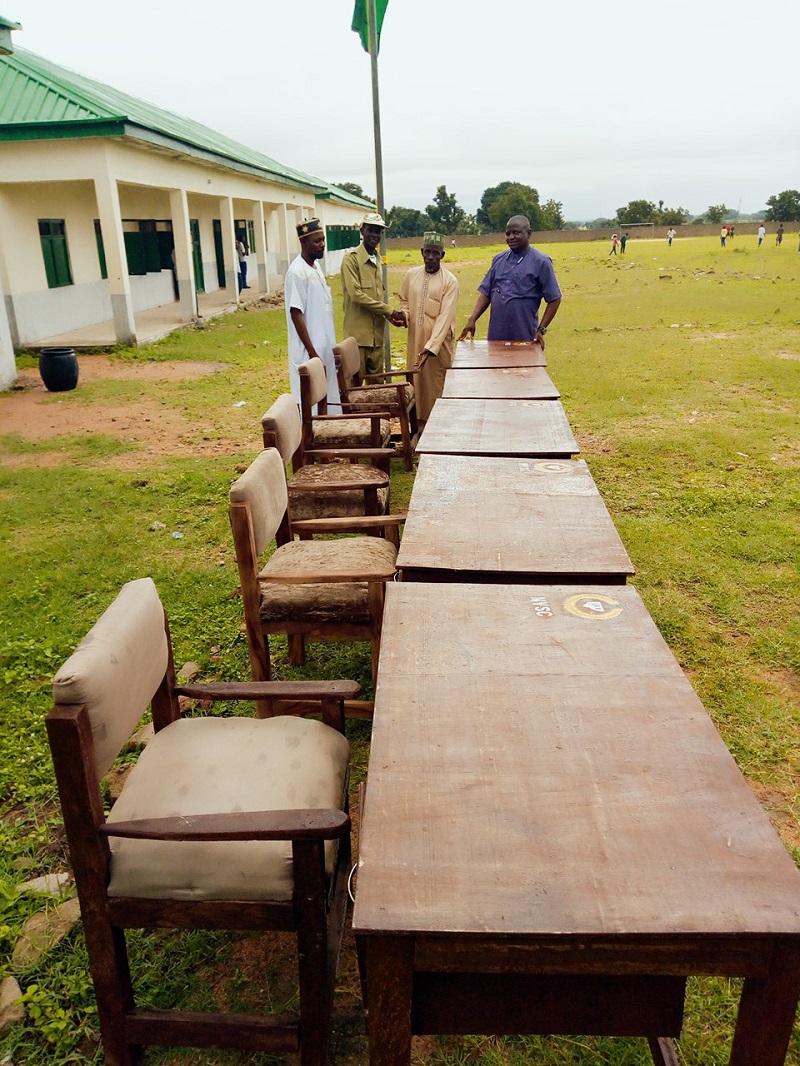 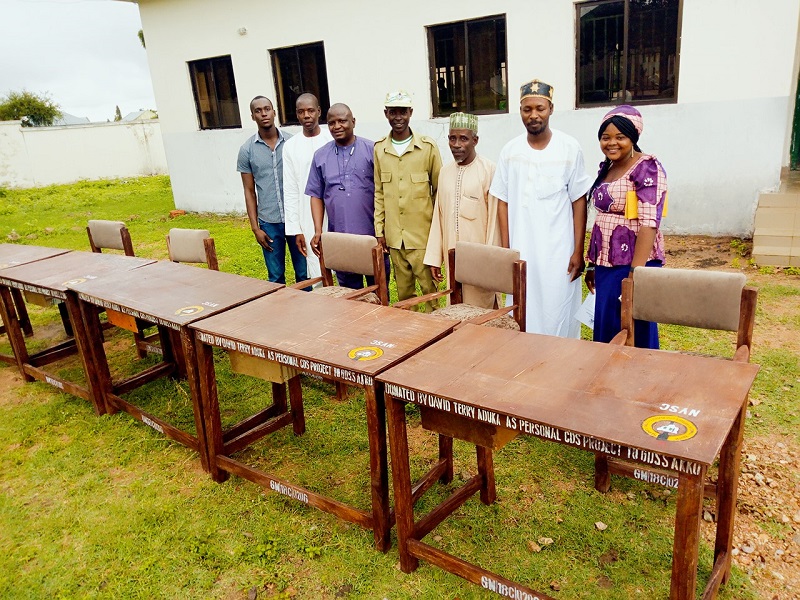 This project took place on Monday 29th July 2019 in G.D.S.S Akko. The Principal, staff, the L.G.I Akko Local Government, 4 Corps members and Students of G.D.S.S Akko as Beneficiaries, were in attendance.

This particular project was necessitated on the reality that unemployment has become a major bane of the Nigerian State which has a pool of unemployed graduates toying around the street in search of white-collar Jobs.

It was aimed at empowering young secondary School students with the requisite skills and knowledge on how they can become self-reliant through the production of liquid soap and air freshener which are daily necessities. This can also help their parents to reduce domestic cost expenditures that comes with daily buying of soap and air freshener.
300 Students and Staff benefitted from this project. 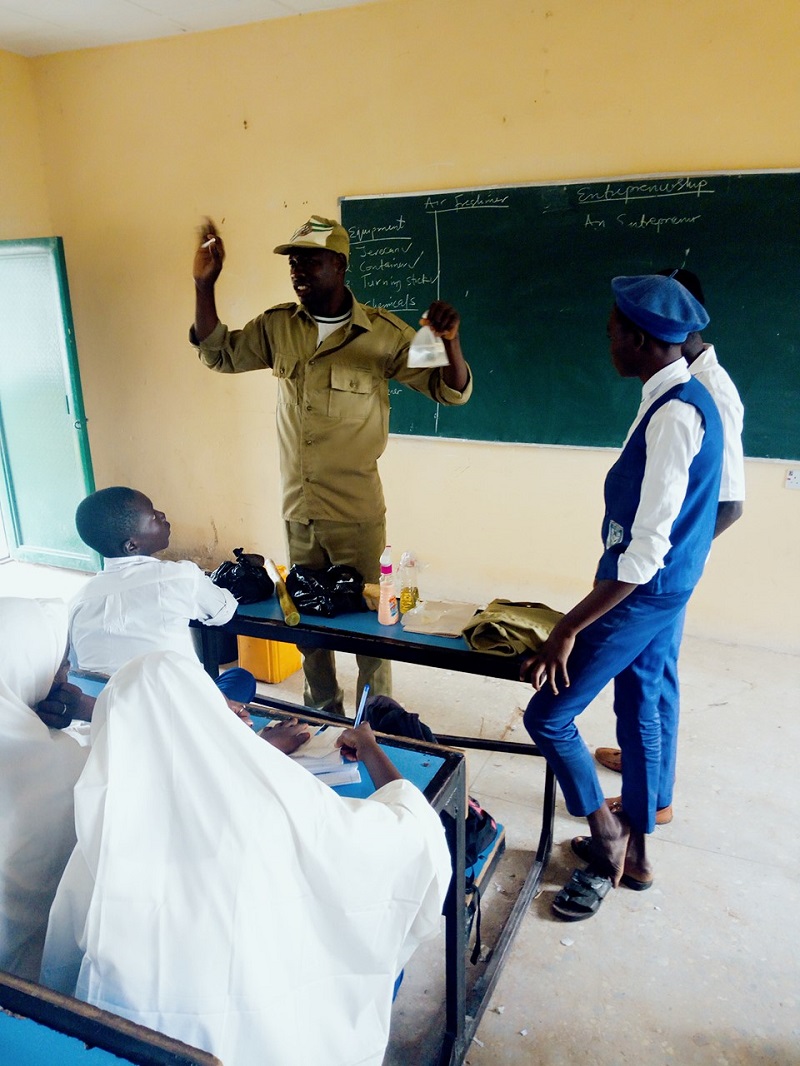 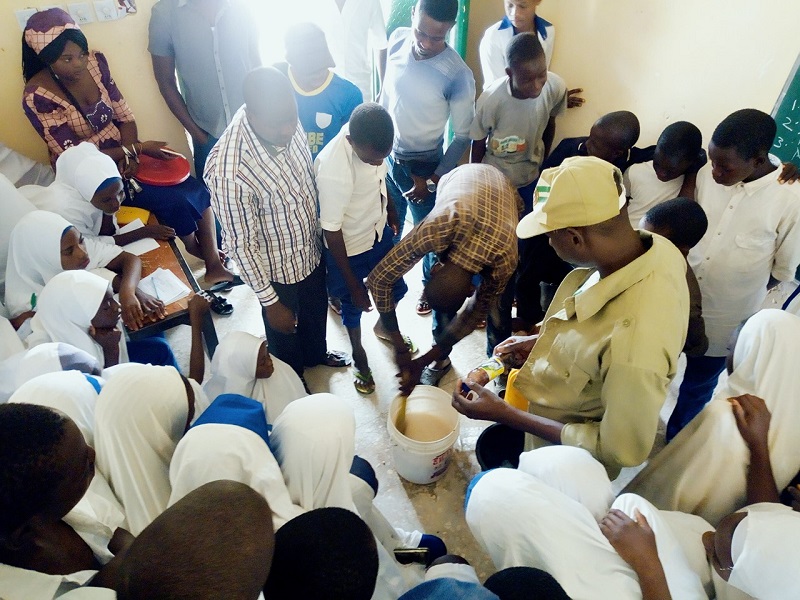 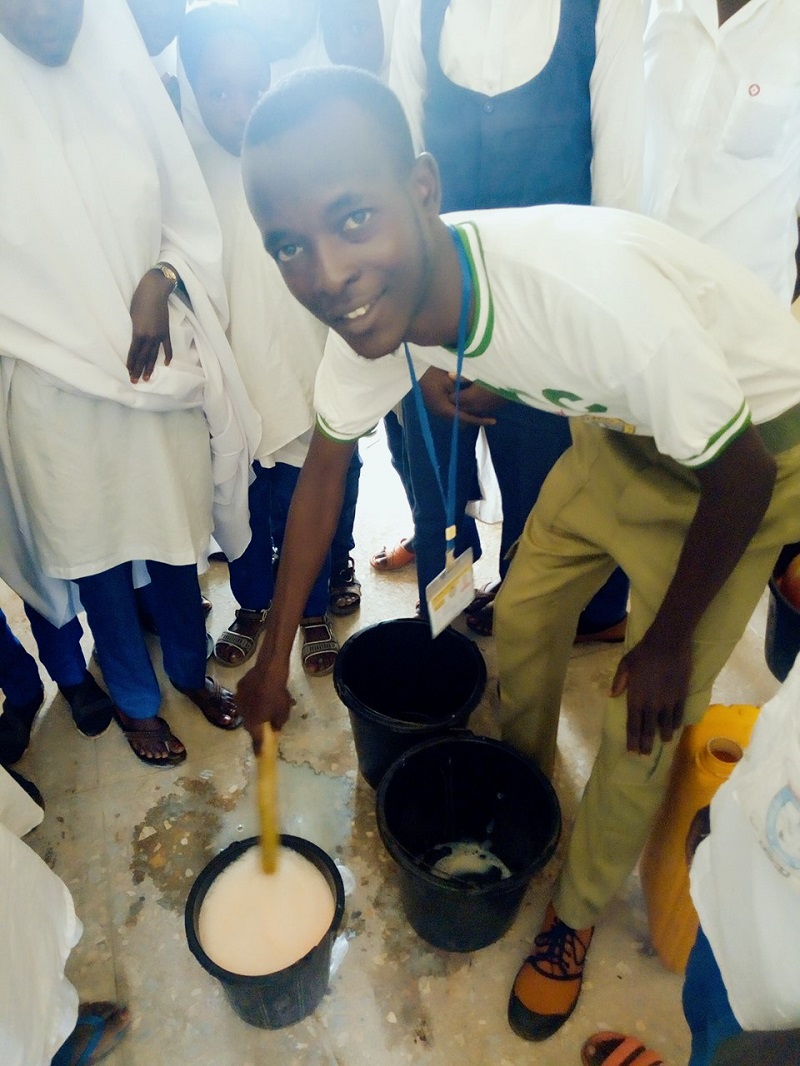 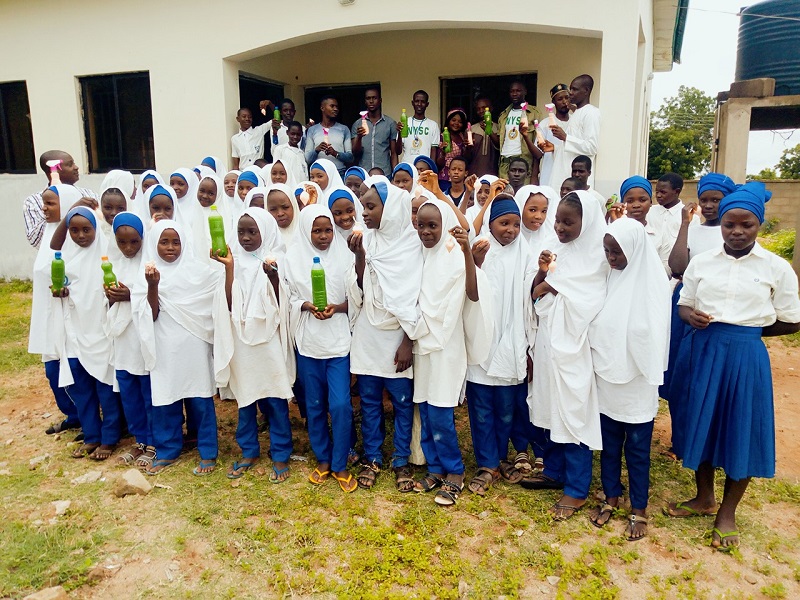 This project took place on Wednesday 31st July 2019 in G.D.S.S Lawanti. It was attended by Dignitaries from SUBEB, The Hakimi of Lawanti and his Council Members, the principal, All Staff and Students of G.D.S.S Lawanti, 3 Corps members and the L.G.I Akko Local Government including parents as the day also commemorates the school’s speech and prize giving day.

It was aimed at promoting academic excellence and improvement in the efforts of Students as they will continue to strive for better performance. The first set of Scholarship was awarded to 15 Outstanding Students who came First, Second and Third Position in the just concluded third Term Examinations.
The second set of the Scholarship was awarded to 15 students most of which are orphans and always find it difficult to pay their school fees.

30 Students benefitted from this scholarship with the hope of motivating and stimulating all other students to strive for excellence. 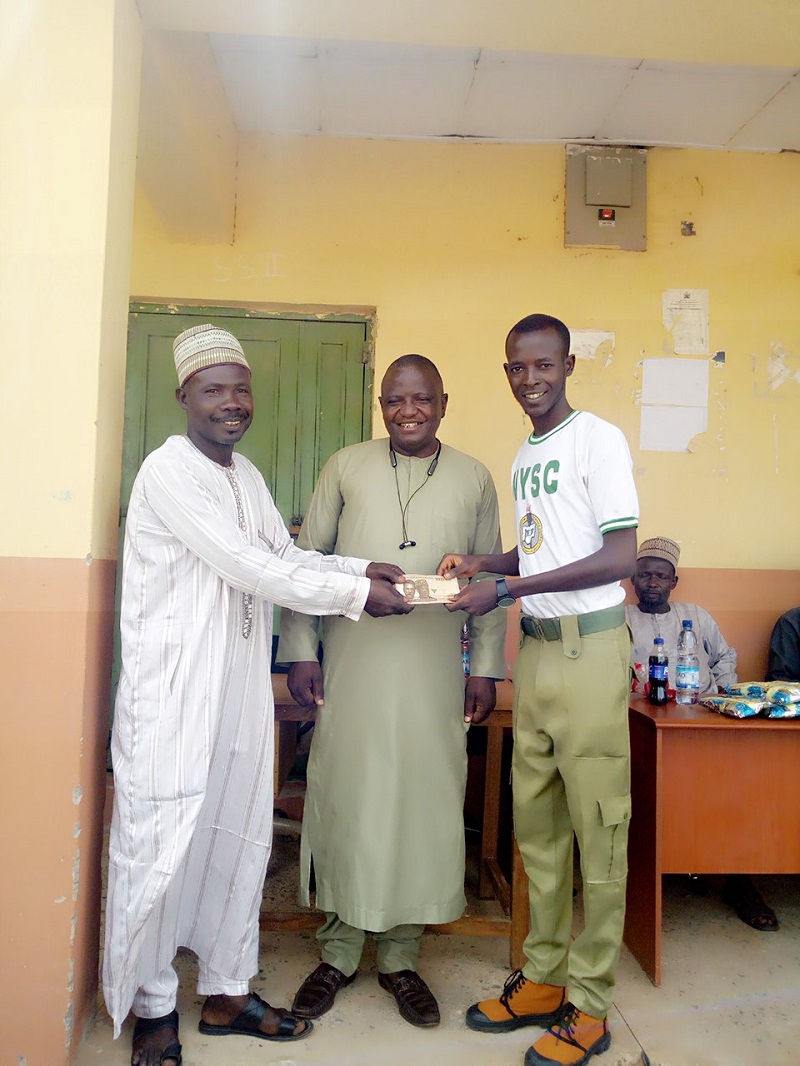 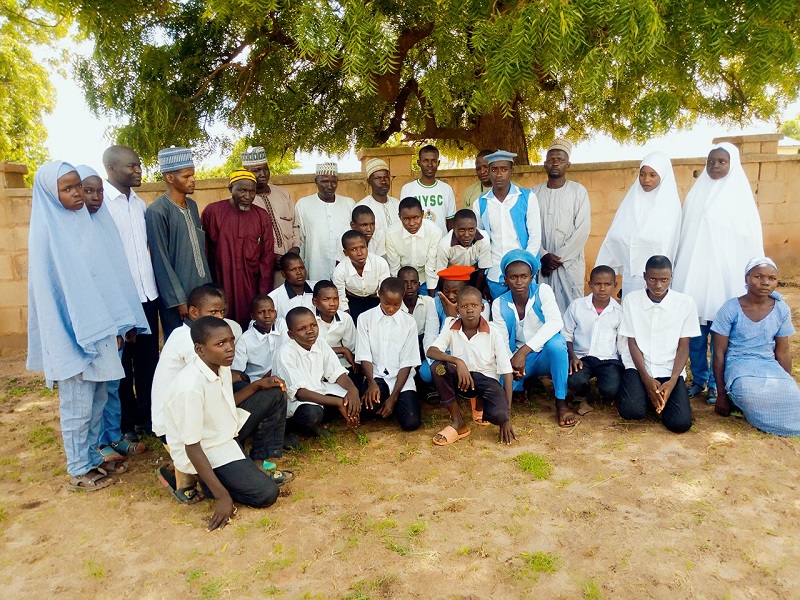 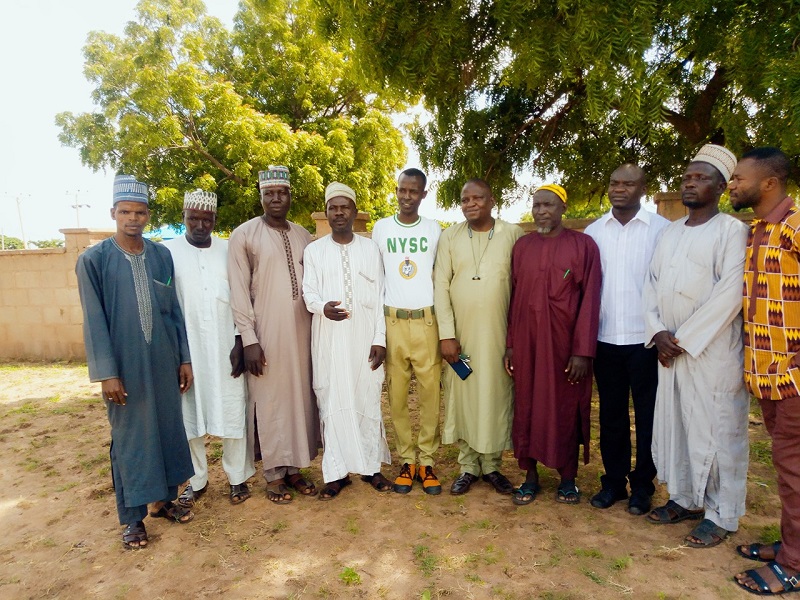 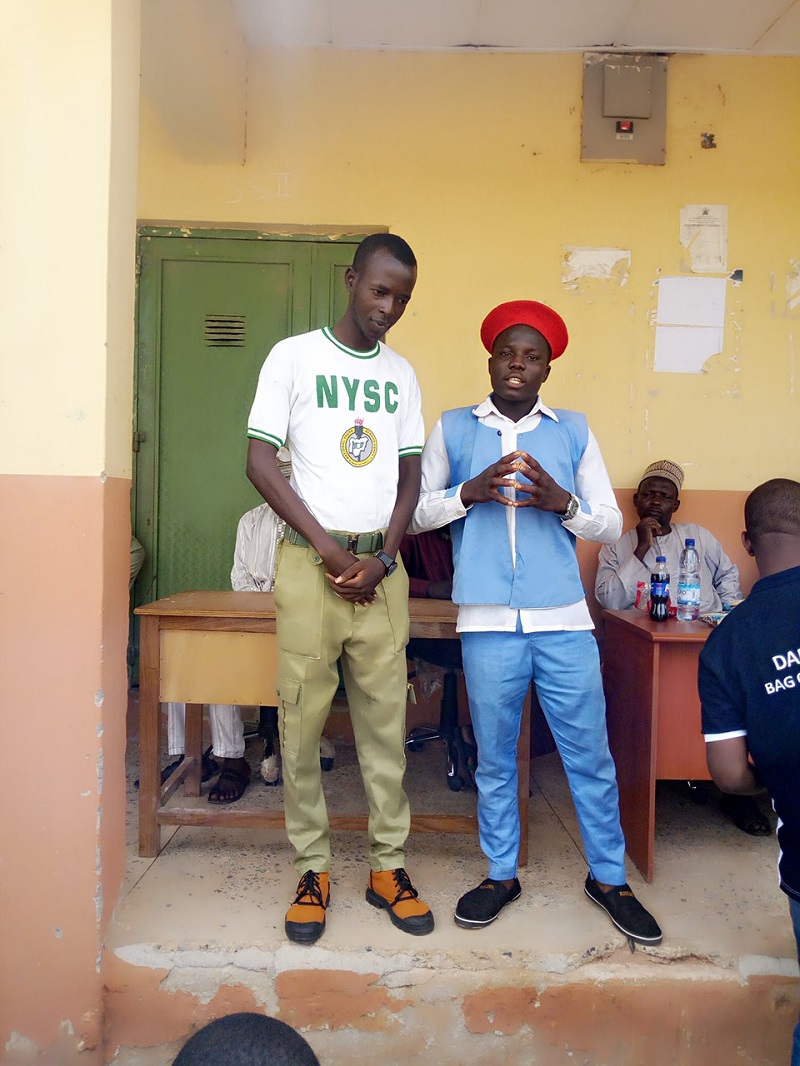 The quiz competition took place on Friday 2nd August 2019 at Akko Primary School With Three primary Schools representative and their Headmasters, Some Members of the Community, 4 Corps members, The L..G.I Akko L.G.A and a gentleman of the press from Amana radio FM to cover the event which was later aired in the evening News.

The aim of this particular exercise was to improve the quality and standard of teaching in primary schools in Akko L.G.A.
All participating Schools benefitted from this project, which covers over 500 Students. 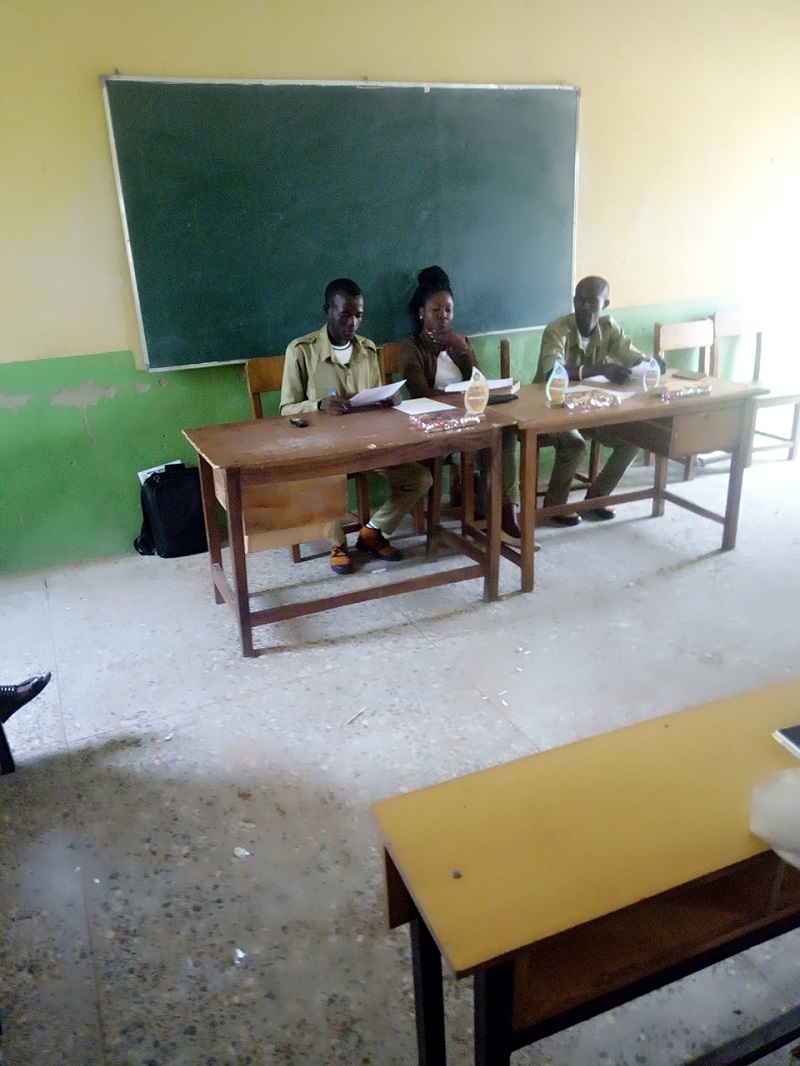 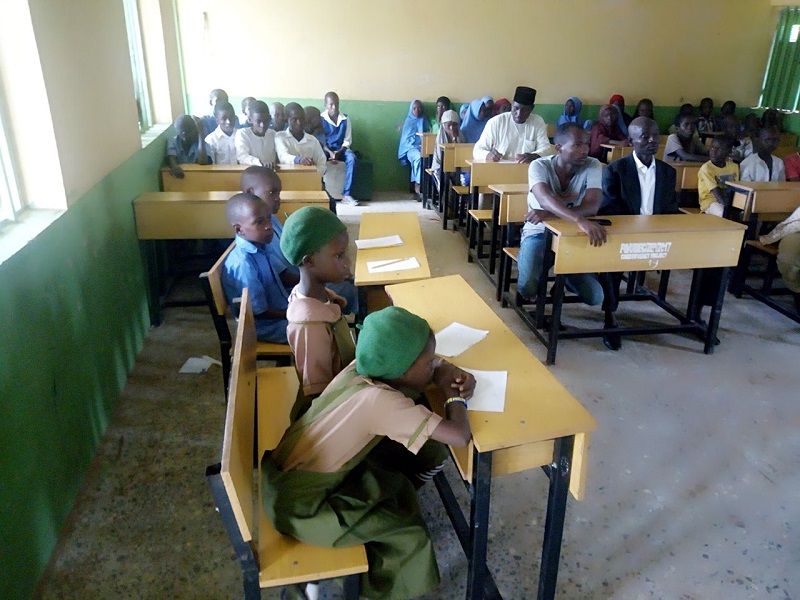 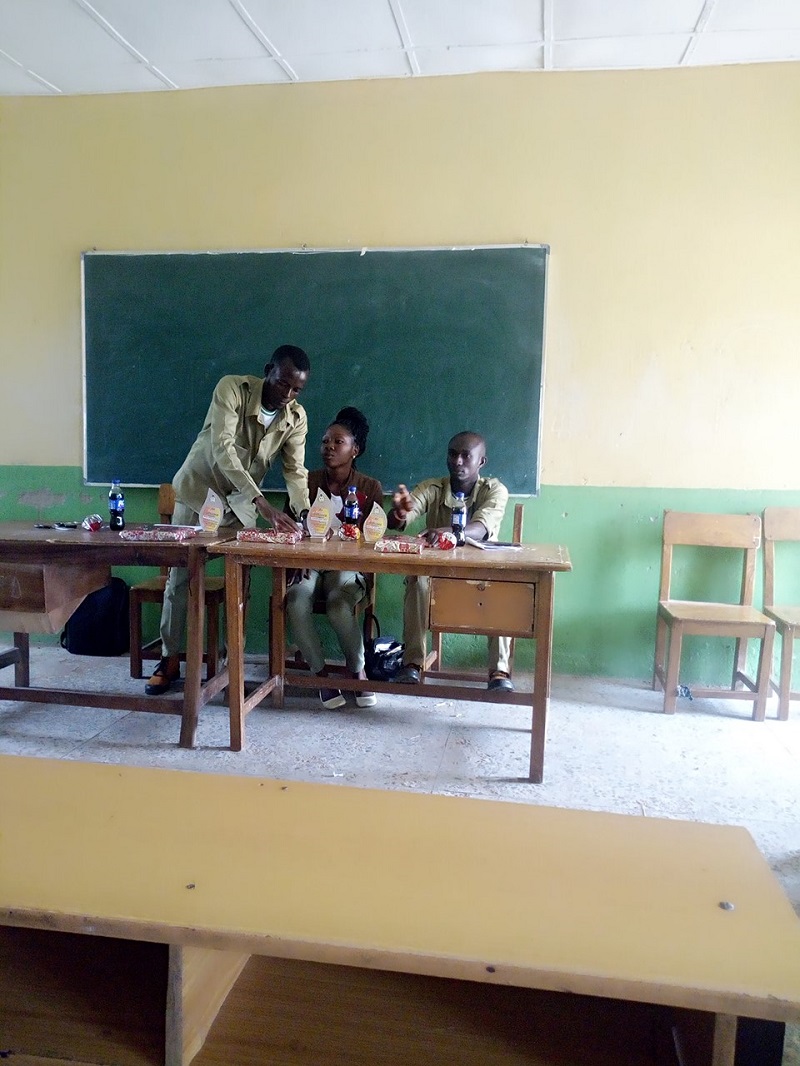 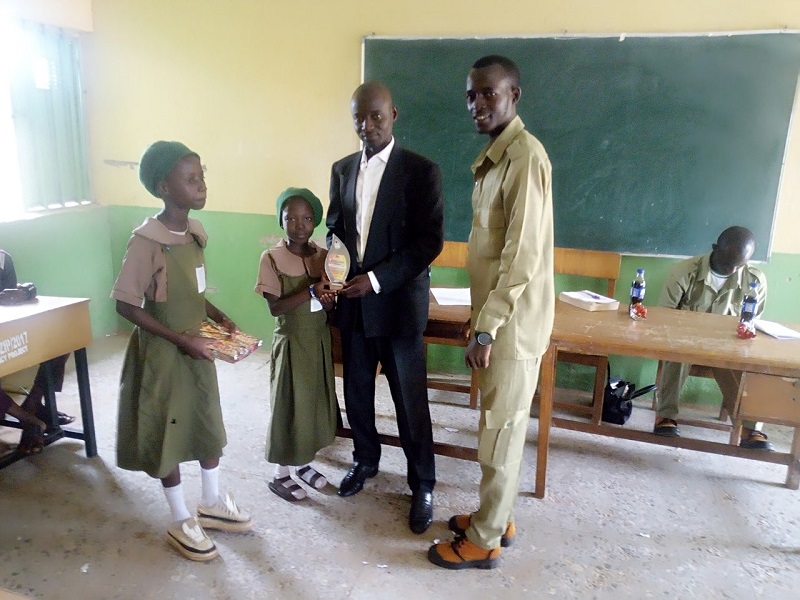 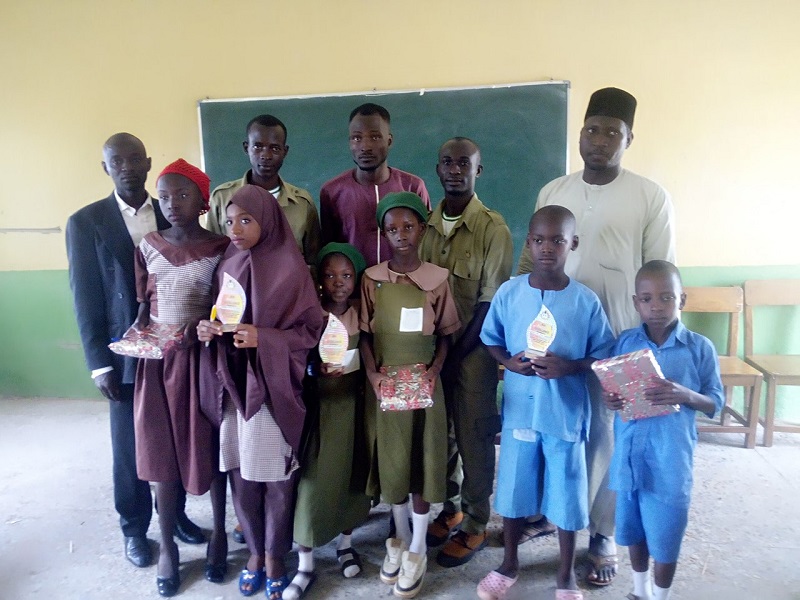 The fact and reality that all of us are potential Orphans is an opener to remind us of the fact that there are people that need our help and support so as to contribute and provide assistance.

Over 200 Orphans benefitted from this project. 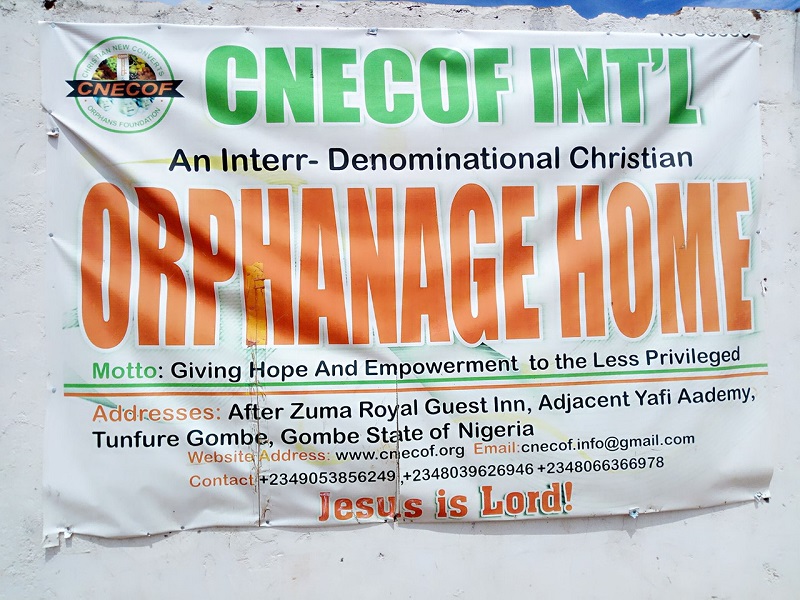 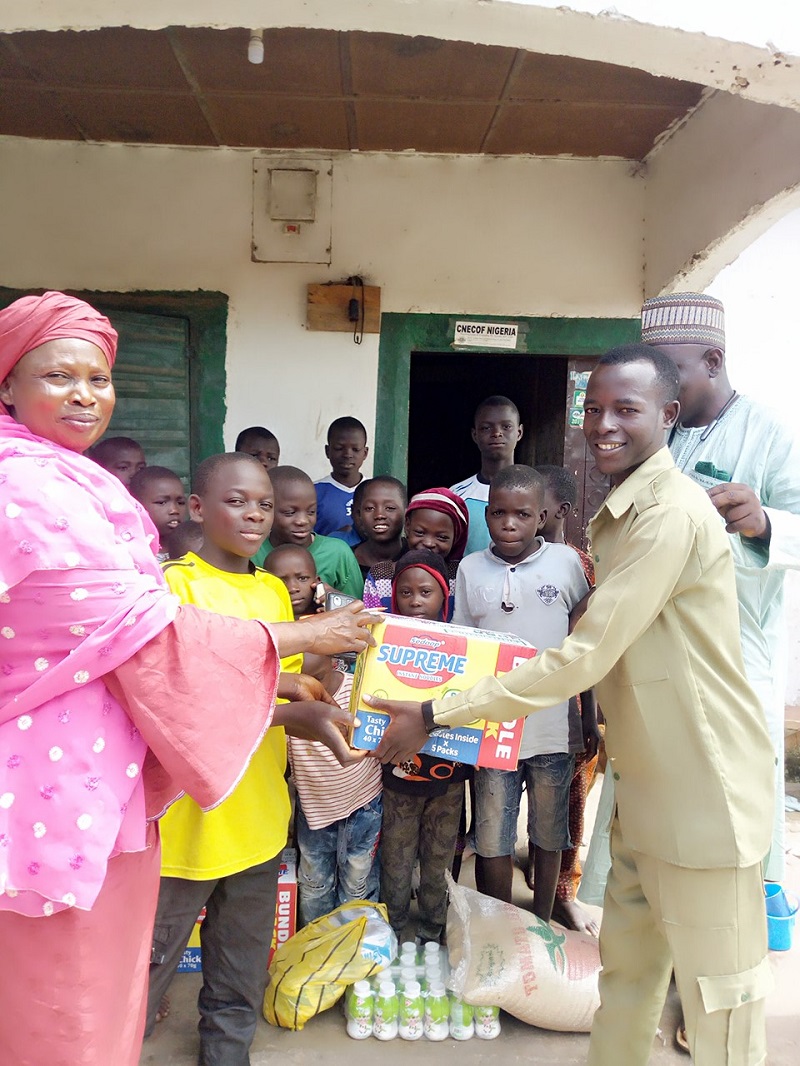 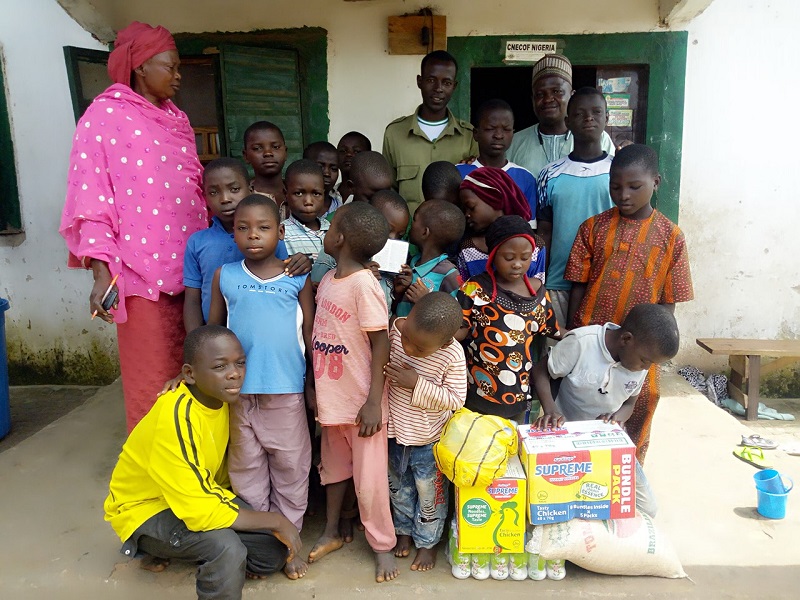 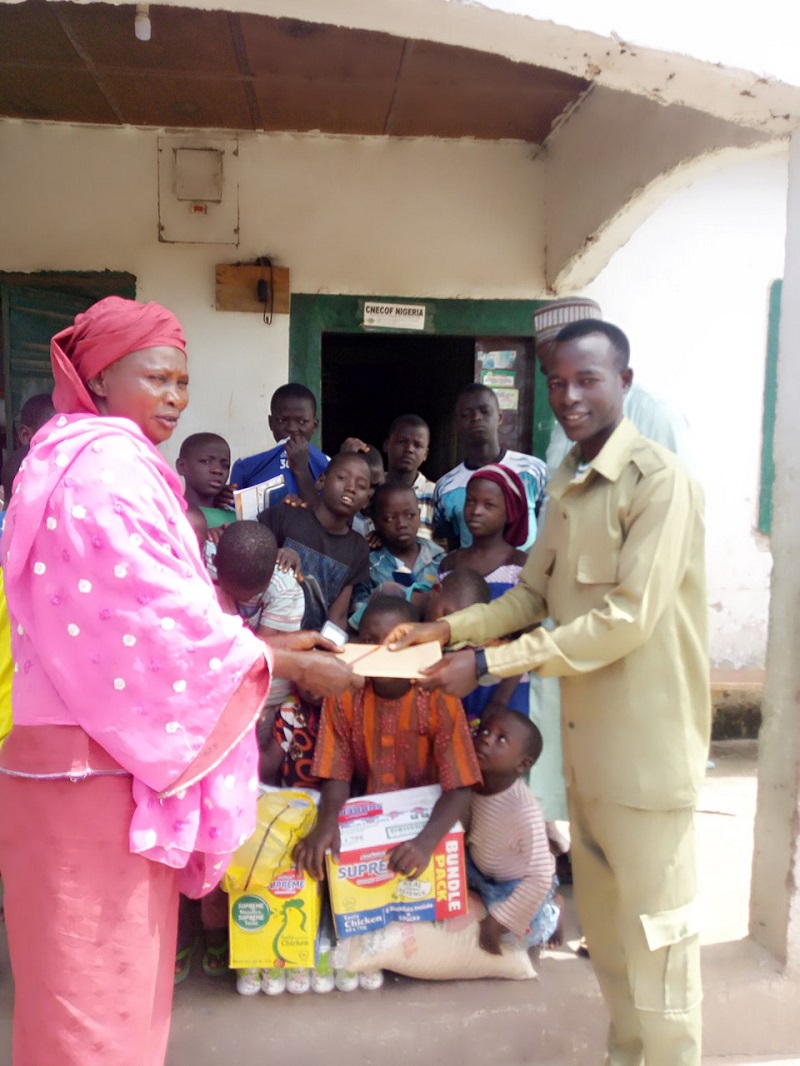