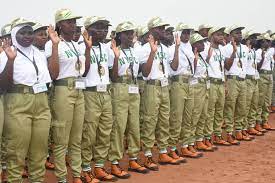 Director-General (NYSC) warns corps members against partisan politics during Service Year. this he brought forward because this current batch "B" stream 1 will still be in service during the elections next year.

Brig-Gen. Muhammad Fadah, the director-general of the National Youth Service Corps (NYSC), has warned youth corps members against engaging in partisan politics during their service year, stating that "it is an offense."

Fadah offered the advice on Tuesday at the NYSC Orientation Camp in Asaya in the Kabba Local Government Area. He did this during the swearing-in ceremony of the 2022 Batch 'B' Stream I youth corps members deployed to Kogi.

The director-general stated that "it is an offense for youth corps members to engage in partisan politics, especially during the election”. He was duly represented by the NYSC Coordinator in Kogi, Mofoluwasho Williams.

According to him, the Federal Government of Nigeria and the Nigerian people have a great deal of faith and confidence in youth corps members. this is why they have always employed corps members as ad hoc personnel during elections.

In order for Nigerians to continue to trust us, he continued, "youth corps members must always stay non-partisan."

He asked the NYSC participants to always practice security awareness and to report any suspicious people or activities to the proper authorities.

The director-general additionally exhorted corps members to stay away from cultism and drug abuse. He also asked them to refrain from using social media to spread false information, incite hatred, and other harmful activities.

He advised corps members to focus their energy on advancing national harmony and progress while maintaining a high degree of commitment and zeal in their various host communities.

He further explained that corps members are saddled with the responsibility of protecting the image of the scheme.

Therefore, they should refrain from any activity that will hamper the mission, vision, and goal of the scheme in general.