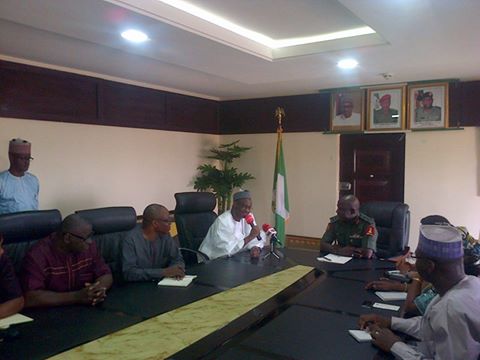 All serving NYSC members are to be enrolled in the National Health Insurance Scheme to enable them access qualitative healthcare.

He said the proposal followed a Presidential directive on evolving measures that would enhance access to qualitative healthcare for the Corps members.

Usman said NHIS officials would go to all camps during Orientation course to capture biometric data of Corps members as a first step in the process of enrollment.

He explained that, as the Corps members get posted to places of primary assignment, the NHIS would assign each of them to a hospital where they would be getting treatment in the event of illness.

The Executive Secretary also said the agency had made proposal to government to enable it make direct payments to hospitals that would renders healthcare services to the Corps members instead of doing so through the Health Maintenance Organizations (HMOs).

This, he said, was to avoid hitches often occasioned by failure of some HMOs to make appropriate payments to the hospitals.

The Executive Secretary also announced plan to deploy Corps members posted to the NHIS for primary assignment to its Desk Offices that would be established in all hospitals nationwide.

"The Desk Officers will be there to serve as advocates for the enrollees and for them to be our ears and eyes in the hospitals.

"They have direct access to me. So if there are problems in the hospitals; with the doctors or the nurses, if they are not treated well or the HMOs are not paying them, they know who to get to," he added.

Usman also explained that the planned deployment of Corps members to the Desk Offices was part of several measures the agency would be taking to ensure their effective utilization.

Reminiscing on his service year experience, the Executive Secretary lauded the role of the NYSC in the unity and development of the country, and went to say he supports its continued existence.

Responding, the Director-General, Brigadier General Sulaiman Kazaure, thanked the NHIS for coming up with the idea of enrolling Corps members.

Kazaure disclosed that the NYSC Management was already nursing similar idea, adding that it would help to advance Corps welfare policy of the Scheme.

The Director-General also welcome the proposal by NHIS to make direct payment to hospitals noting that payment through an HMO led to the failure of a previous initiative by the NYSC on enrollment of Corps members several years ago.

He, however, appealed to the NHIS to ensure that the Corps members enjoy comprehensive services instead of the present situation whereby many healthcare providers claim that the NHIS does not cover certain healthcare needs.