NYSC as a metaphor for Nigeria 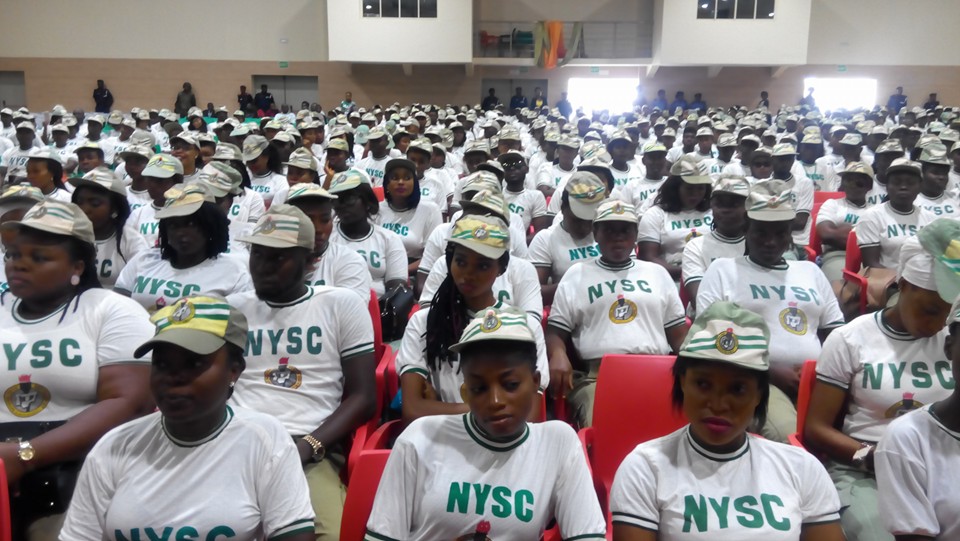 The NYSC programme has been in the news lately following the death of three ‘Corpers’ across the nation. In most countries, tragic events like these would lead to a bout of soul-searching followed by reforms to ensure such deaths do not happen again. But Nigeria is not most countries.

I dislike the NYSC programme and think it is a waste of time and resources. But my reasons for not liking it are slightly different – I think it is an unfair way for government to spend money.

Let’s start from the beginning. Depending on who you ask, there are between 8 and 10 million Nigerian children between the ages of 7 and 14 who are not in school at all. Government doesn’t spend any money on these kids as they are not even in the system. To be fair, primary education is the responsibility of state governments but if these kids don’t get into primary school at all, they cannot get into secondary school where the federal government starts spending money on them.

You can see the numbers are adding up. Millions don’t enter the pipeline at all and millions more drop off along the way. The whole thing looks like some kind of hunger games or survival of the fittest. Based on 2013 figures, only 1.7 million candidates registered to write JAMB for admission into university. They were competing for just 400,000 places which meant that another 1.3 million students had to drop off. And how much does the federal government then spend on the ‘lucky’ few hundred thousand who make it into higher institutions? In the 2016 budget, a total of 90 higher institutions shared an incredible N325bn – 68% of the entire education budget.

So to recap. If you are lucky enough to even get into primary school at all, you have tried. Government will spend some coins on you. If you are persistent enough to get through to secondary school, you get more money spent on you by government. If you then make it to university at all, government then opens the funding tap to educate you. And then, if you are able to make it out of higher institutions, you then qualify for even more spending via the NYSC programme. By university, the damage is usually done – if you had not been properly educated through primary and secondary school, you’re unlikely to make it up in university.

In 2016, the federal government budgeted N67bn to be spent on something like 260,000 youth corpers taking part in the NYSC programme.

To make matters worse, the N19,000 the government pays ‘Corpers’ monthly is not means tested. Whether you are rich or poor, you get paid the money. Whether you want it or not, you get it. Unsurprisingly, the programme is now struggling given the crisis in the government’s finances. Why do we do things this way?

It is bad enough that government is pouring the vast majority of the resources on the end of the education process after millions of children and students have fallen away. It then adds insult to injury by spending twice what it spends on secondary education on paying and camping corpers for one year. Does it not matter that we are failing millions of children who don’t even enter into school at all and those who fall by the wayside? Money is not infinite which means that money spent in one place cannot be spent in another place. Every naira spent is a trade off of one need for another. And the way we spend money on education says a lot about the kind of country we are.

A lot of people do not want to take part in the NYSC programme. That means there are people who will gladly give up the money government is paying them just to get out of the programme. Yet, government insists on paying them. There are some who don’t mind doing it, this is fine. Surely the solution to this is to make the programme voluntary so that the government is only paying those who really want to be there (and saving money in the process)?

The NYSC programme is a metaphor for Nigeria. Even when things are obviously in need of change, it is as if they cannot be changed. Edmund Burke once said that a state without the means of some change is without the means of its conservation. If you are unable to change things even when it is obvious that they need to be changed, then you are condemned to slow decay.

Is Nigeria capable of self-correction? The National Assembly is now talking about NYSC as a result of the recent deaths. But what happens when things go quiet again? Will we just continue with the programme as if it’s ok and does not need reform? Even saving half of the cost of NYSC and pouring it into secondary education will do wonders.

A country that spends all its money on the few who are able to make it to the end of a brutal process while ignoring the millions who fall by the wayside is a country without the means of its conservation.