Nigerian top Military Officers Secretly Push for the Establishment of NYSC Trust Fund to Steal as their Retirement Package. 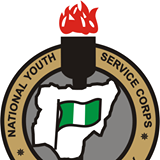 A story with the aforementioned description that has been going around on social media has caught the attention of NYSC Management.

The decision to create the NYSC Trust Fund was made during a meeting with some of the Scheme's stakeholders, including the 36 State Governments and the FCT Administration.

The Fund's primary goal is to address the infrastructure gap that the Scheme has in the areas of camp repair and upkeep as well as the upgrading, construction, and maintenance of Corps Members' Lodges, among other things.

According to the law, the federal, state, and local governments—each with a different level of responsibility—fund the scheme in a tripartite fashion.

As a direct response to the frequently posed rhetorical question, "What comes after the NYSC?" the Scheme has over the years partnered with governmental and non-governmental institutions in the area of providing start-up capitals to Corps Members to fund their business initiatives under the NYSC Skill Acquisition and Entrepreneurship Development program.

A greater proportion of Corps Members educated through the NYSC Skill Acquisition program will get funding from the Trust Fund to launch their enterprises.

It is necessary to make it clear that the Fund, which passed public hearings with civil society, academics, and other groups fully represented, is not a pool of slush funds intended to satiate the financial appetites of senior military officials, as the story's author mistakenly claimed.

While Management regards the media as a valuable partner, it would like to reiterate the necessity for journalists to get managers' approval before publishing anything to avoid deceiving the public.

This clarification was made by the Director, press, and public relations officer of NYSC - Eddy Megwa. He took the  NYSC official Facebook page to explain this.