How I made 1million naira out of 19800 NYSC Allowance 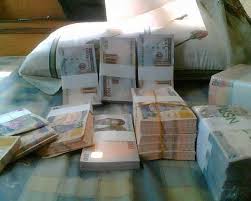 Is it possible? He was earning 19800 as every other corp member, but his overwhelming goal was to make 1million naira from whatever he was earning his story is amazing! How could he have made it? Even if he was saving the 19,800 all through, he would have made only 237,600 in the one year of service to the nation.

His goals were clear, 1mil by the end of service year, his actions were deliberate. When he told his story, many wondered how he got the idea-simple, he was using current business techniques. Some say he was doing contribution, others said he was networking, yet, others say he was using other peoples money (OPM). I know you will have your own opinion, but hold on to it and read on.

First step was to form a community of people who can save 10,000 monthly as a crowd fund for ten months, each of them receiving 100,000 respectively per month in turns. The turns were decided according to needs, and he happened to be the second to get the 100,000. “I was the second not because I wanted to invest the  money, but because I had a target” he said. Though what got me thinking was the fact that making 100,000 could be easy using this strategy; 1million naira? How did he do it? Before I got my 100,000 naira, I had also gathered ten working class people/business men who could contribute 100,000 monthly, but this time I had to convice them to get the 1mil first so I can meet up on my part.

On collecting my 1mil, I went into business in benue state, buying and selling agric products to other states.. the truth remains that this is the most profitable venture I ever got engaged in, for instance, the cost of acquiring a certain product I traded be 2,500 per bag and sold at 7000 naira; meaning that in every travel I made more than 300% gain in the distribution business. That was how I was able to pay my monthly 100,000 and 10,000 still from my allawee contribution and still made more profit. I also gained a lot of experience and wisdom to cope with the business world. Most importantly, I got exposed to other sources of profitable business adventures. Now, though I’m working for a corporate firm, I still have my businesses running and have achieved a lot. I don’t have to rely on my salary.

wen is stream 2 batch A…

Hello, please when is NYSC batch B online registration begin