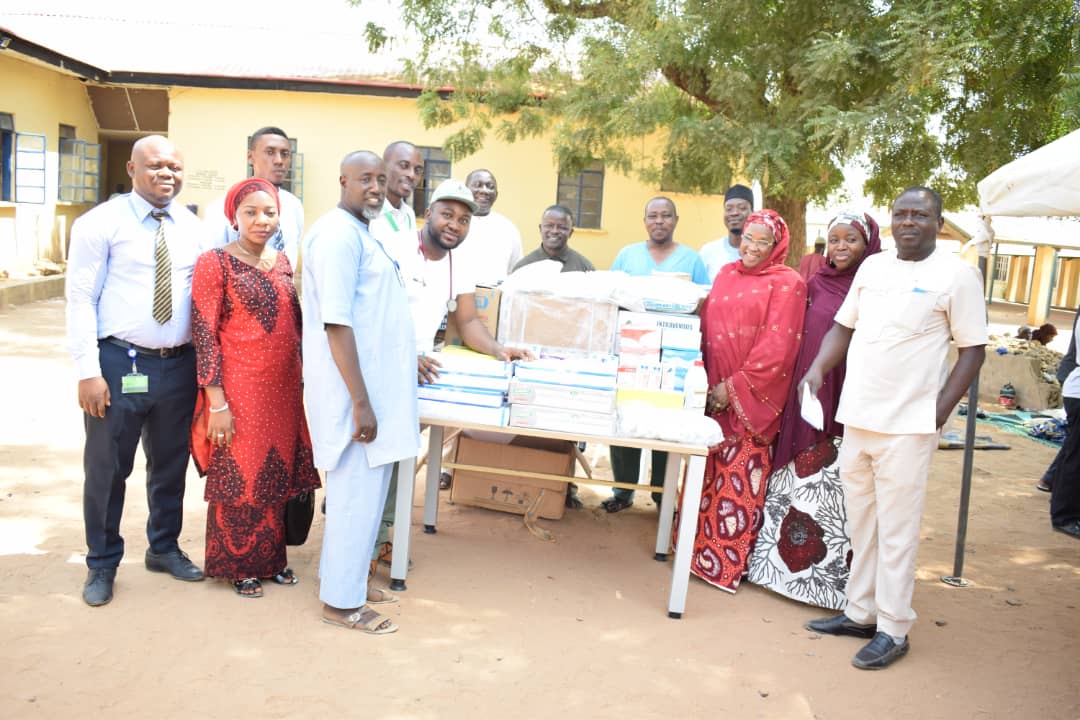 A University of Ilorin (Kwara State) graduate of Medicine and Surgery, Dr. Kolawole Toba Gabriel has received President's National Youths Service Corps (NYSC) honors for his service to the country while serving as a corps member.

The award ceremony took place at the Presidential Villa, Abuja on February 11th, 2021.

He said "After ascertaining that the most important stage in saving the life of a child in the emergency ward is those valuable early periods of resuscitation. And unfortunately, poverty is a major factor in this town. So I initiated the 'Emergency Pediatric Scheme,' where sick children brought to the emergency ward would be attended to immediately without paying a dime, as we would have provided everything needed for resuscitation, from IV cannulae, to fluids, to IV medications and materials like cotton wool, plaster and all that is needed to stabilize the patient for the first 24 hours."

Speaking at the virtual 2018/2019 President's NYSC honors, President Muhammadu Buhari offered automatic employment to 110 awardees who were ex-corps members in the Federal Civil Service and scholarships for the pursuit of post-graduate studies up to a doctoral level in any University in Nigeria including cash rewards.

The President further directed the relevant government agencies to ensure timely implementation of all the incentives for the award recipients.

While urging the awardees to sustain the patriotic zeal that earned them the award, the President said: " It is noteworthy that the young men and women being honored have excelled in the four cardinal programs of the scheme namely: Orientation Course, Primary Assignment, Community Development Service (CDS) and Winding-up/Passing-out which formed the basis of assessment for the honors award.

"On behalf of the Government and the good people of Nigeria, I heartily congratulate those honored on standing out from their peers in order to merit the honor being bestowed upon them. You have proved yourselves worthy ambassadors of your respective families and the National Youths Service Corps. I am very proud of you and confident that the award shall spur you to greater service to the Nation and humanity."

Reacting to the award, Dr. Kolawole appreciated President Buhari for granting him and other awardees the honor that will further shape their future and acknowledged the NYSC scheme for creating the opportunity to explore his service to humanity. He, therefore, pledged his allegiance to sustain the integrity of the country.